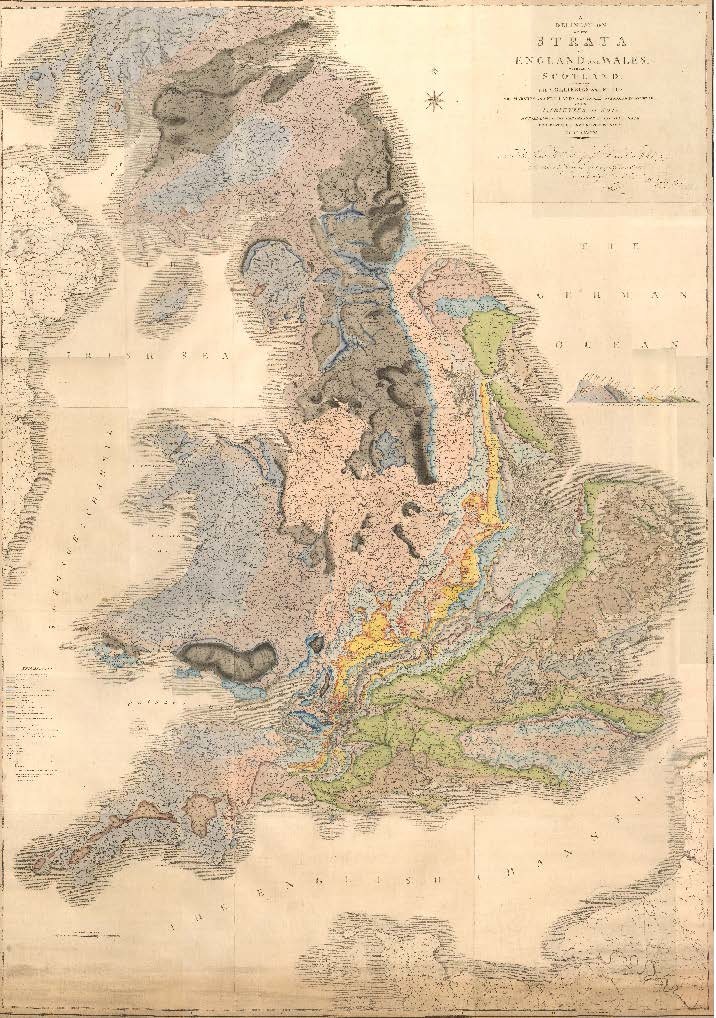 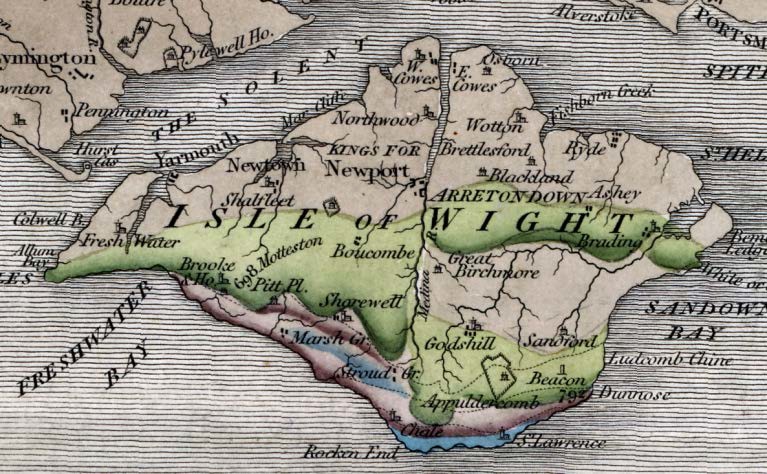 Isle of Wight geology from the P Map 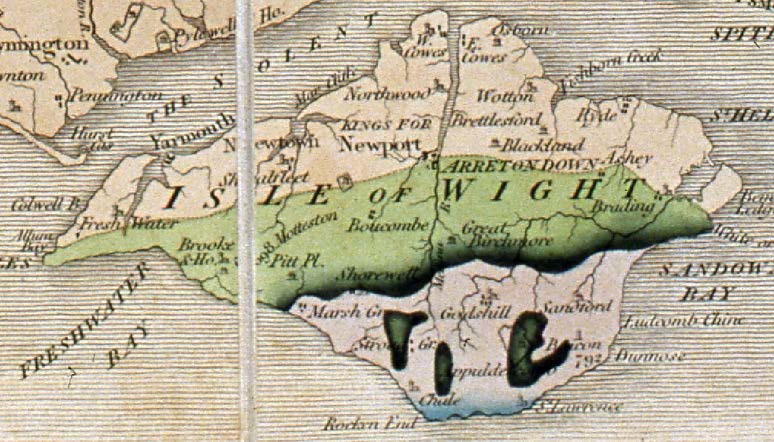 Isle of Wight geology from the Y Map 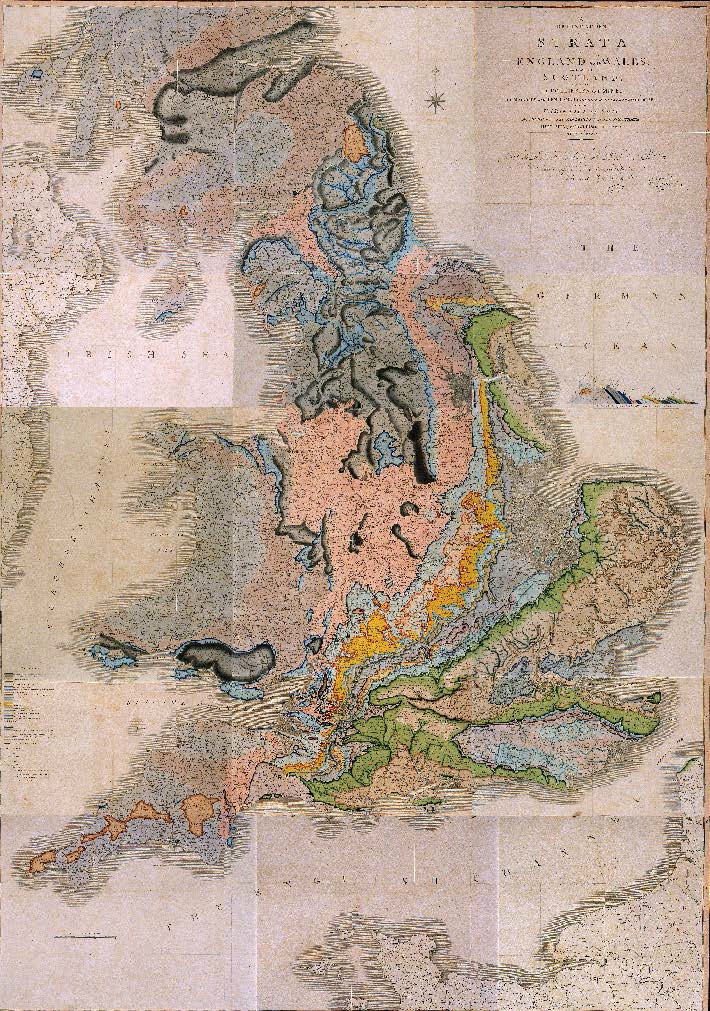 This is one of the late unnumbered Series V maps, originally thought to have been issued around 1817. However it is now known from its watermarks to have been produced in or after 1834. It closely resembles, but is not identical to, the map now hanging in the Geological Society’s apartments in Burlington House (Map Z of Eyles and Eyles 1938), although the Society’s map has an even later watermark of 1836. These late maps are generally more fully coloured than the earlier issues. The Series V maps show for the first time the presence of granite on The Cheviot, and the outcrop of the Coral Rag in Yorkshire.

Map Y may have been originally in three large sheets. It is mounted on linen, cut into 7 sheets and folded to 19.5 x 24 cm. Its original owner is not known, but the map was donated to the National Museum of Wales in 1930 by Arthur William Rogers (1872–1946) of the Geological Survey of South Africa.

Map Z replaced the original badly-faded Smith map which Eyles and Eyles (1938) recorded as hanging on the staircase at the Geological Society’s apartments in the 1930s. The fate of this faded map is unknown.