The selection of manuscript maps shown below come from the William Smith archive at the Oxford University Museum of Natural History. Much of the material was originally in the possession of John Phillips and came to Oxford with Phillips when he was appointed to the Readership in Geology on the death of Buckland. In 1938 Leslie Cox and Prof J. A. Douglas investigated the contents of a packing case in an attic in the museum and discovered a voluminous amount of Smith’s manuscript material including his diaries for 1789, 1802-7 and 1809-21, also many letters, sections and manuscript versions of county maps. Some of the county maps appear to be original copies sent to the engraver for his Geological Atlas but there are also a number of incomplete maps not included in the atlas. 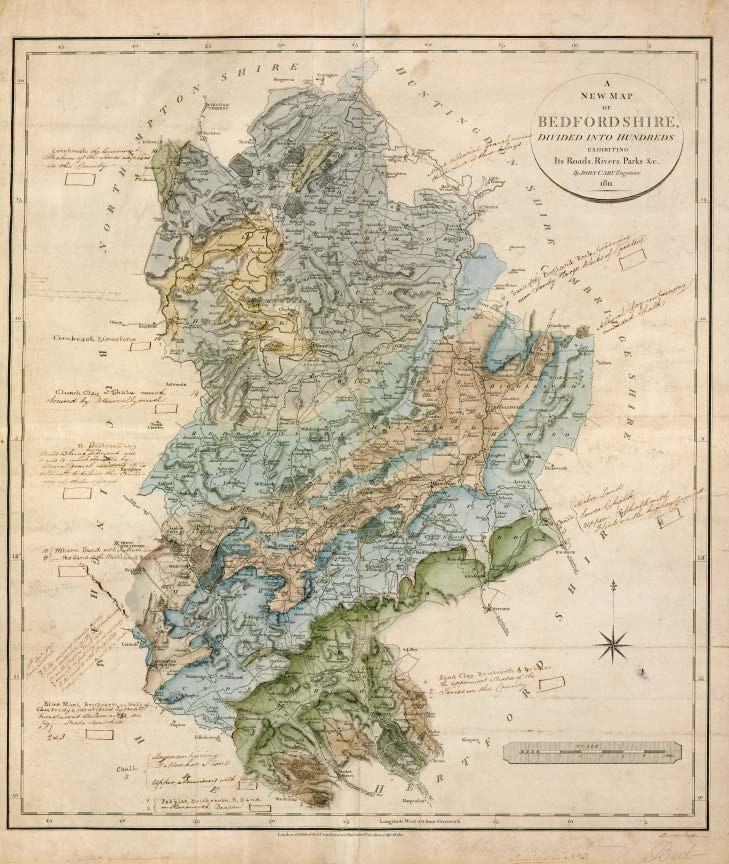 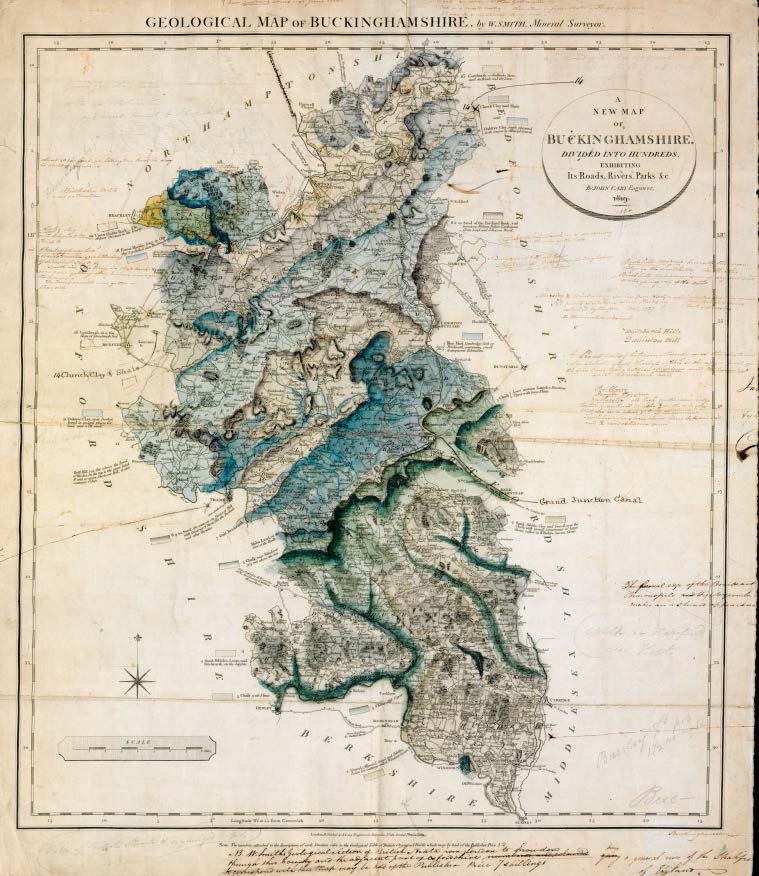 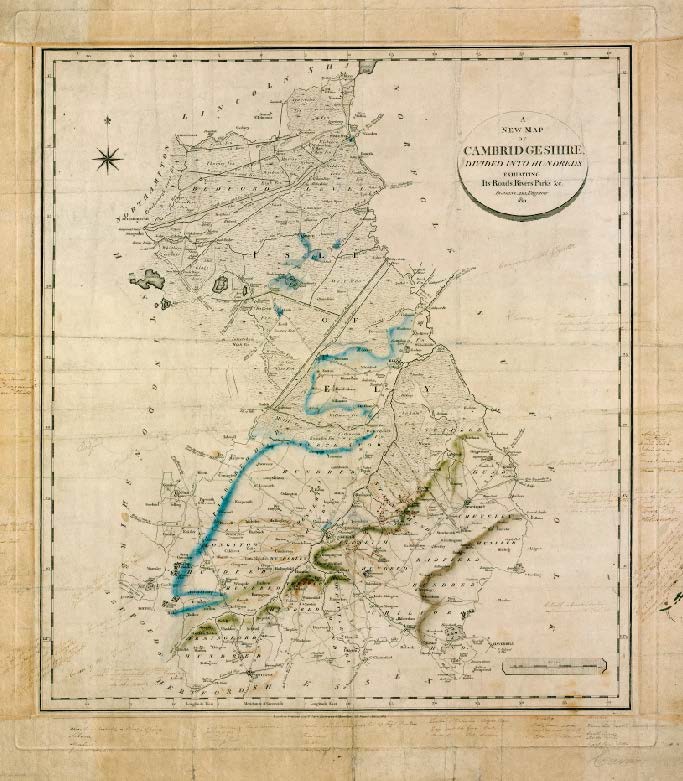 Cambridgeshire 1811(WSH11003), some colouring. Smith shows the “course of gault” and chalk quite accurately. 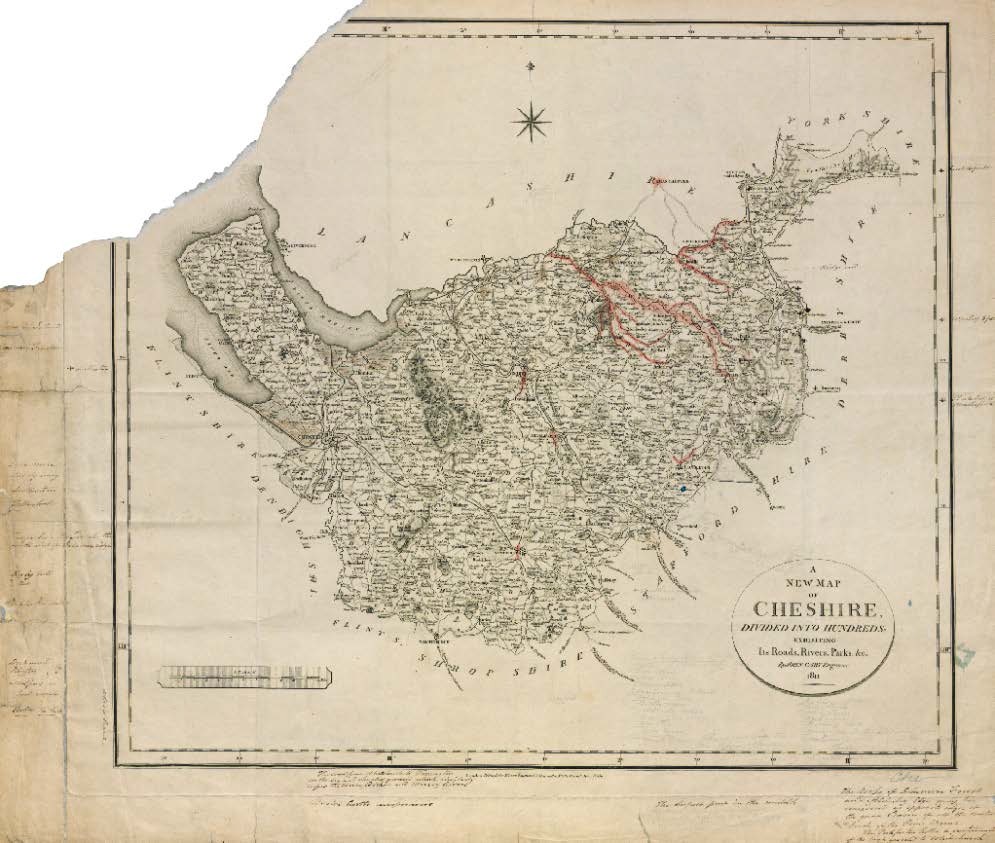 Cheshire 1811 (WSH11004), red coloured Triassic in some of the river valleys, blue coloured (marl/lst?) south of Astbury. Some pencil notes. 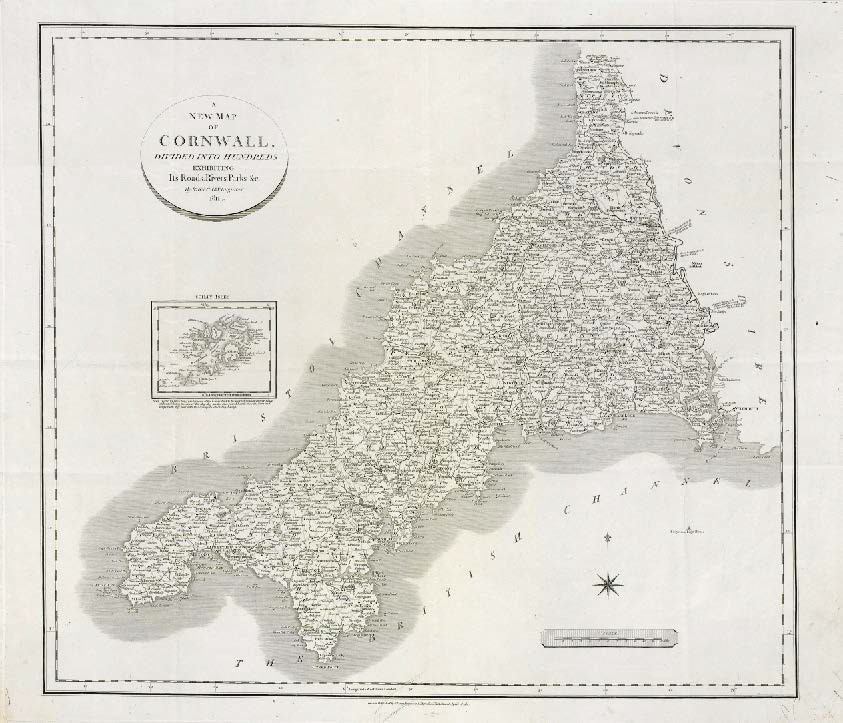 Cornwall 1811 (WSH11007), no colouring or notes except for handwritten abbreviated county name in bottom left corner. 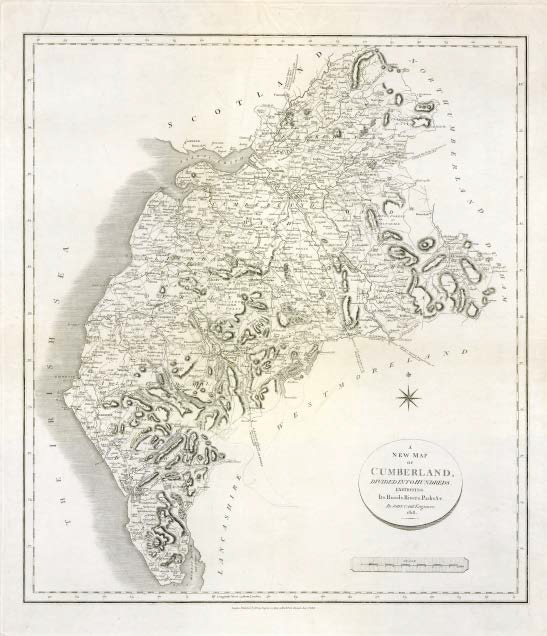 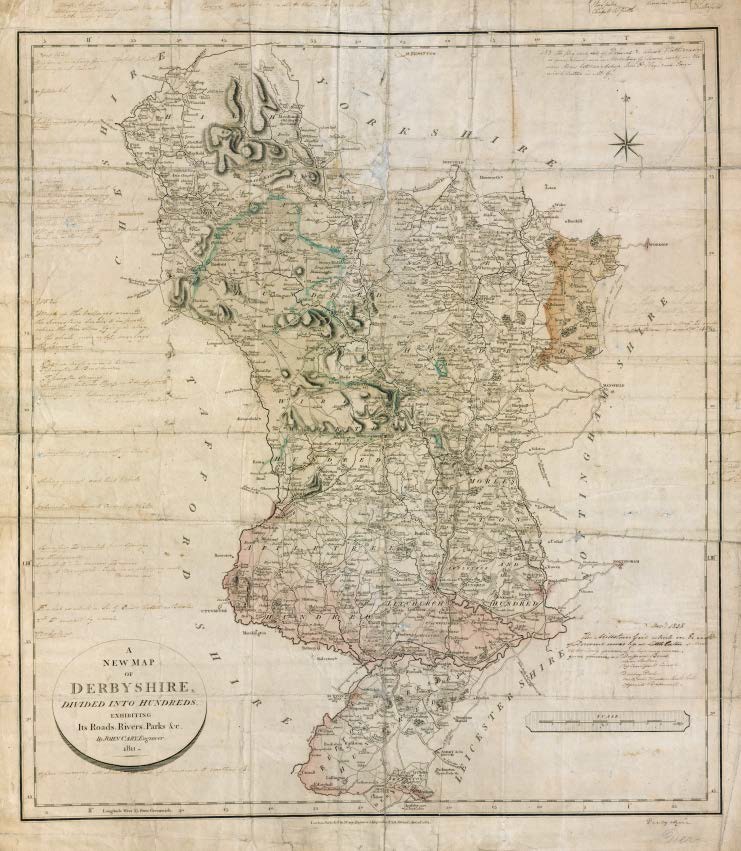 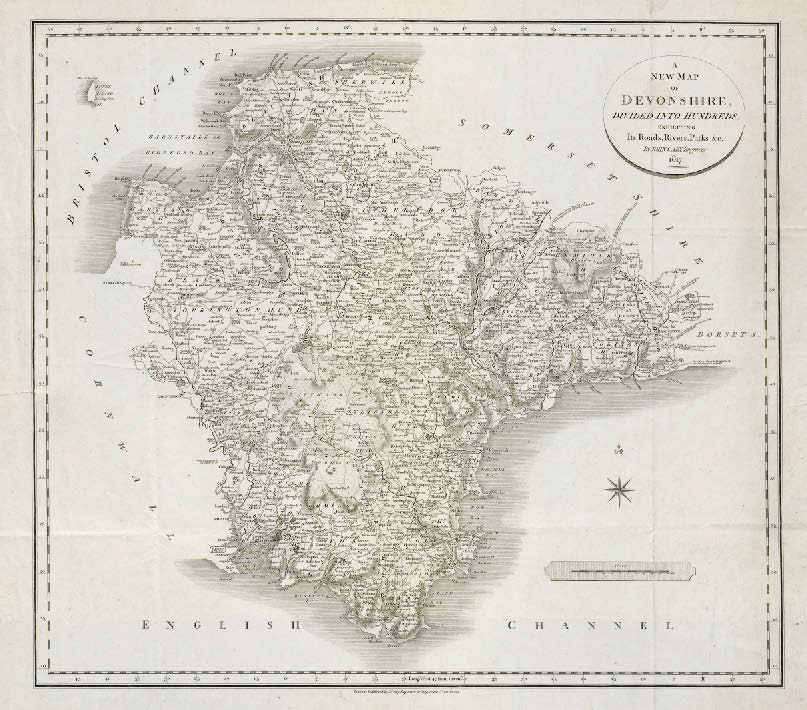 Devonshire 1817 (WSH11014), no colouring or notes except for handwritten abbreviated county name in bottom left corner. 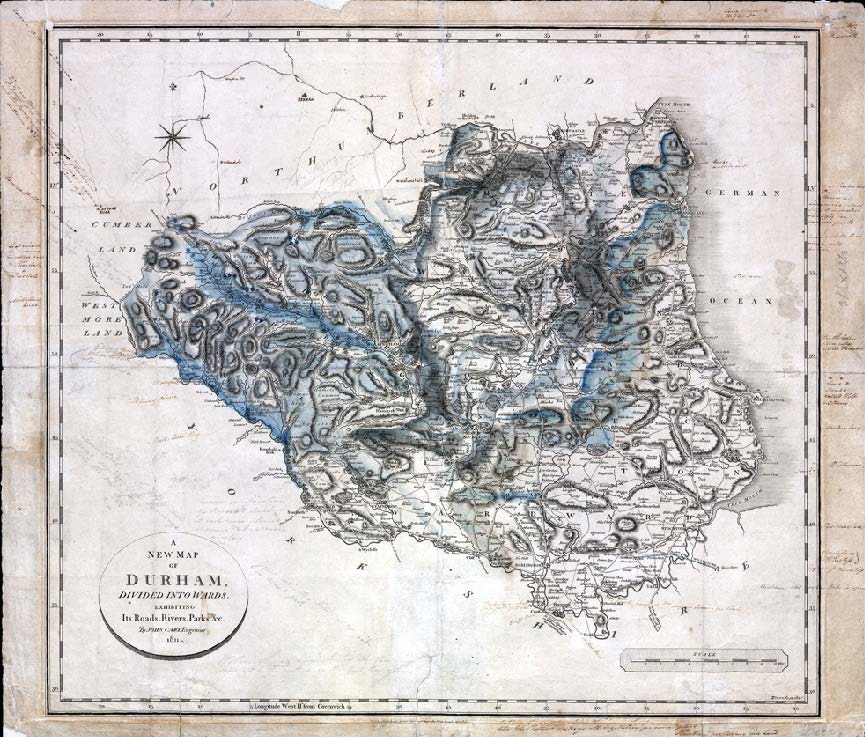 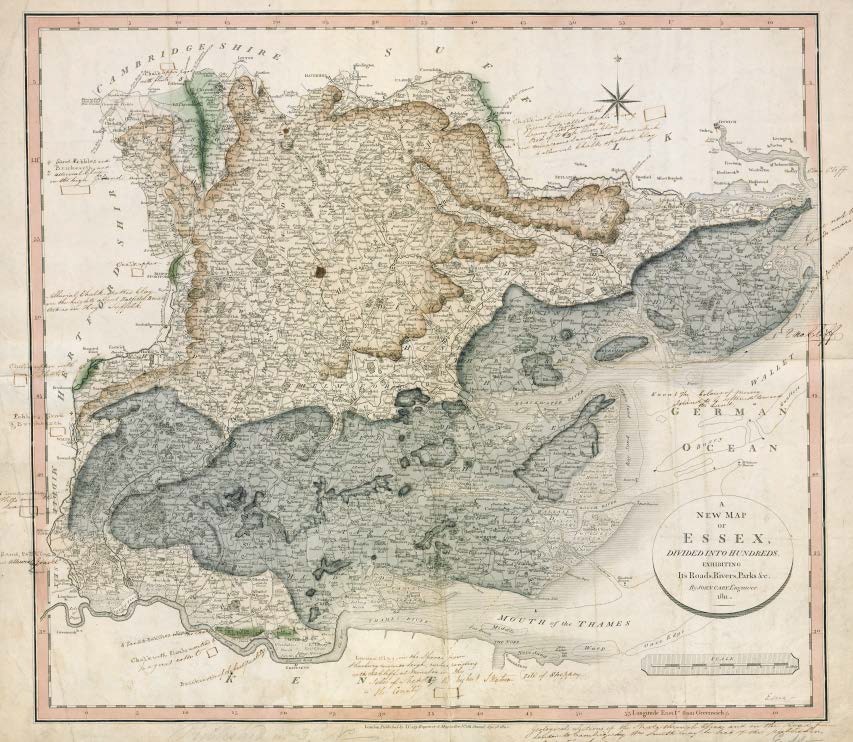 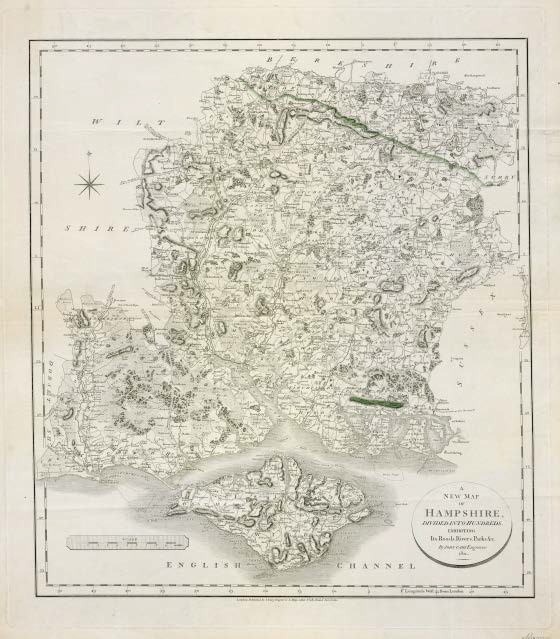 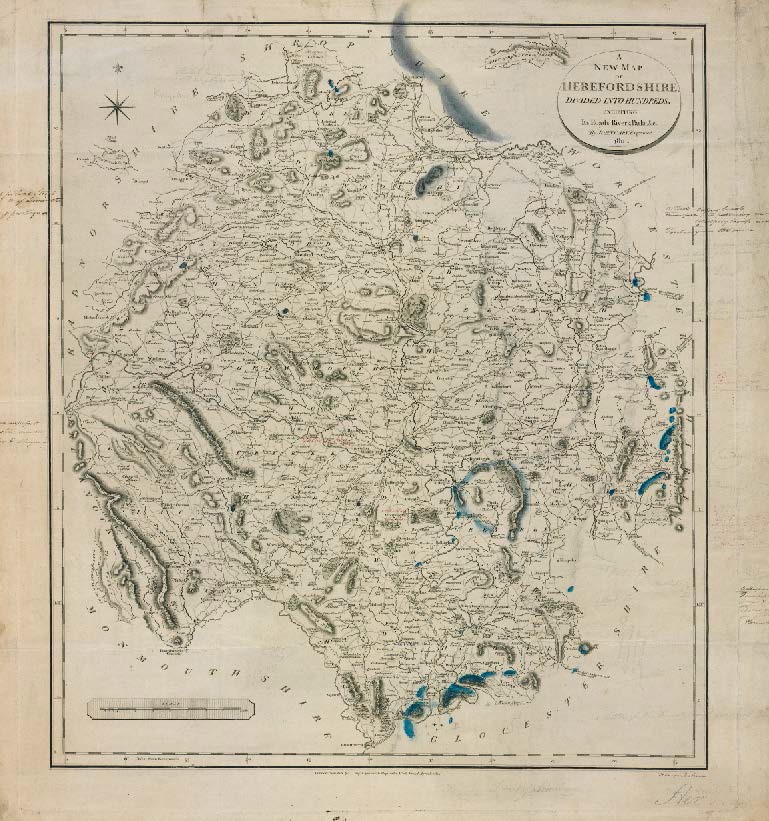 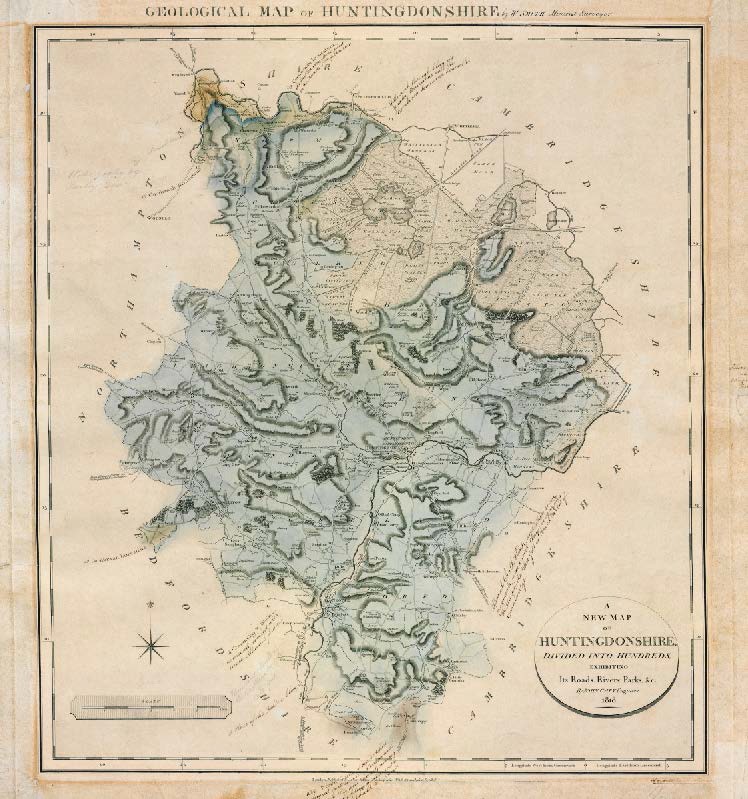 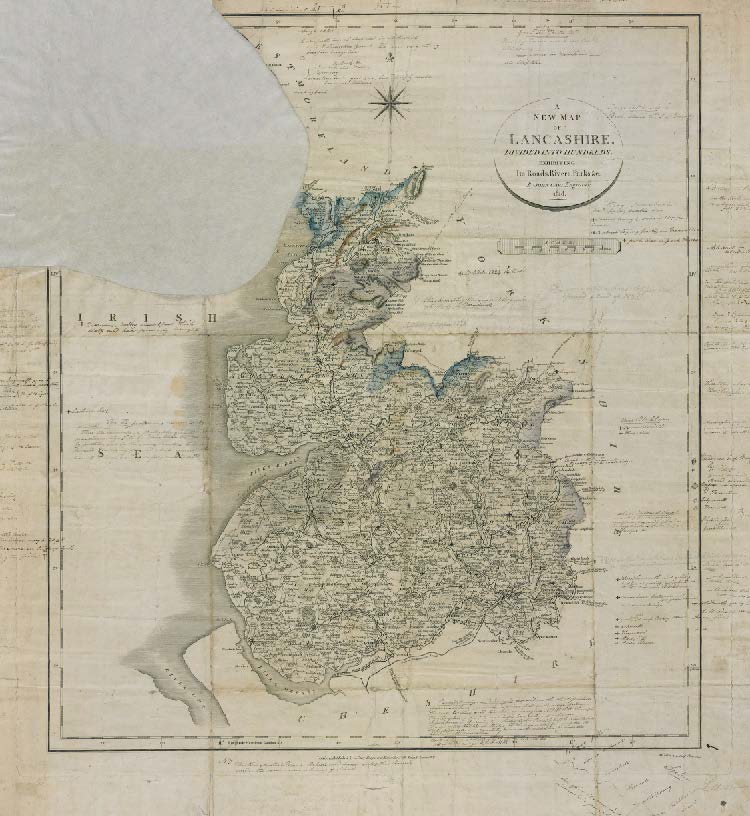 Lancashire, 1818 (WSH11025), geological colouring limited to a small amount of the Carboniferous Limestone and Millstone Grit in the Northwest. Extensive notes regarding minerals. 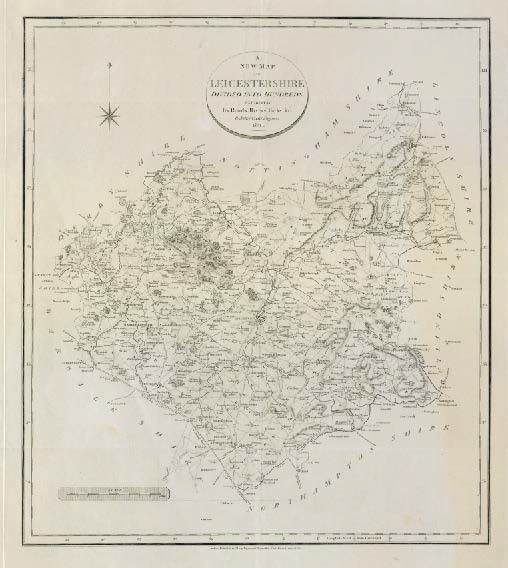 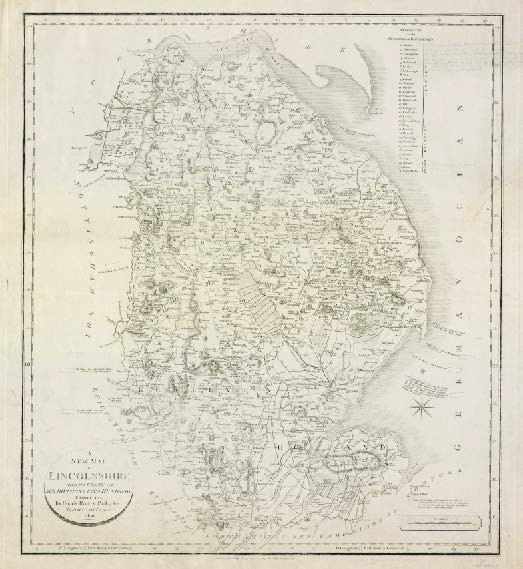 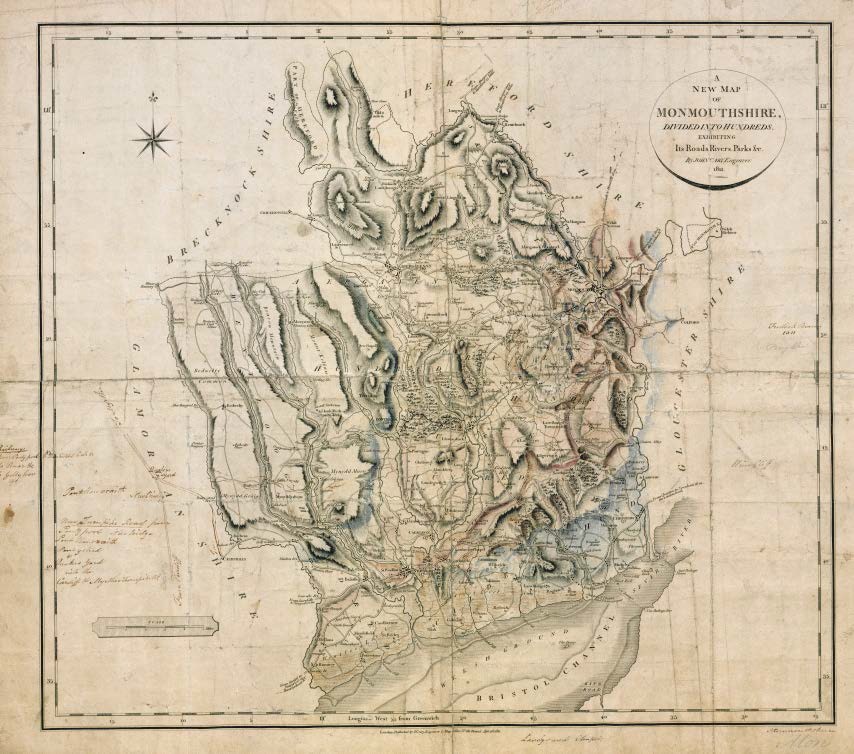 Monmouthshire 1811 (WSH11030) ,some colouring relating to the distribution of Trias and Carboniferous Limestone. Notes on turnpikes and railways. 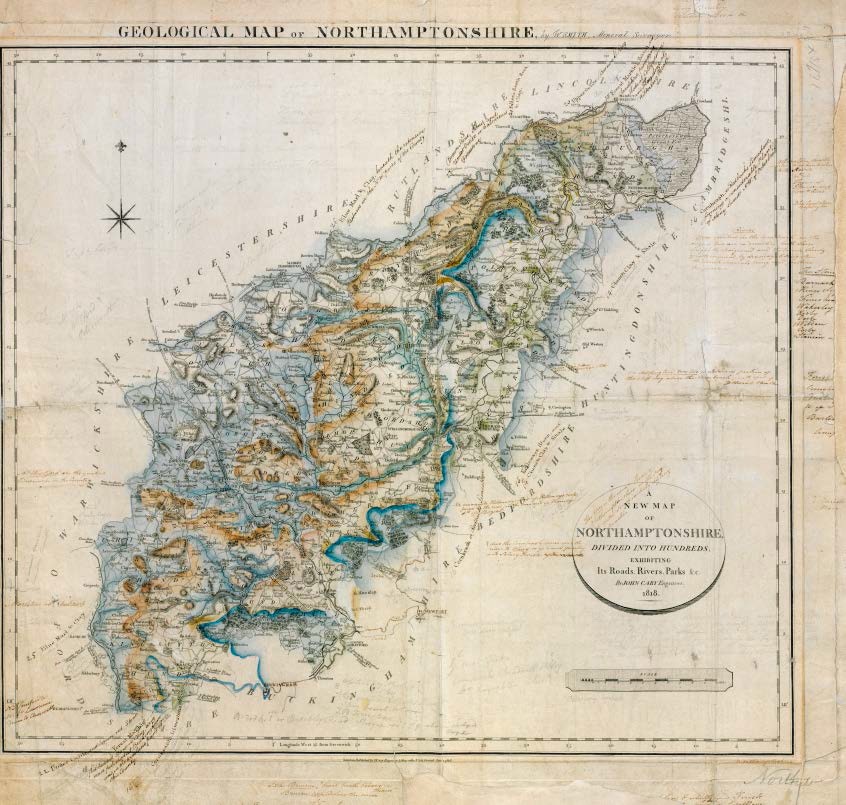 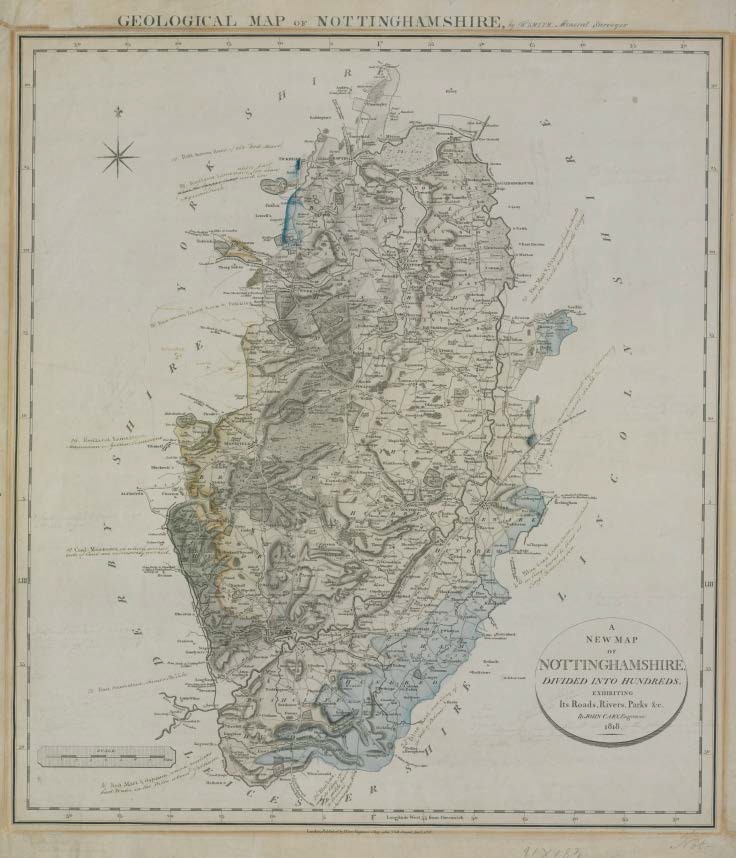 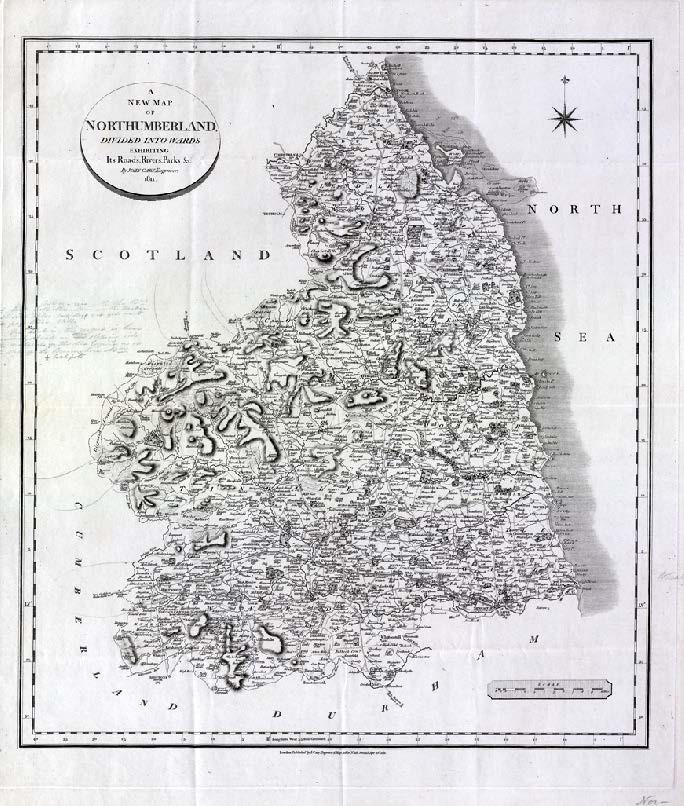 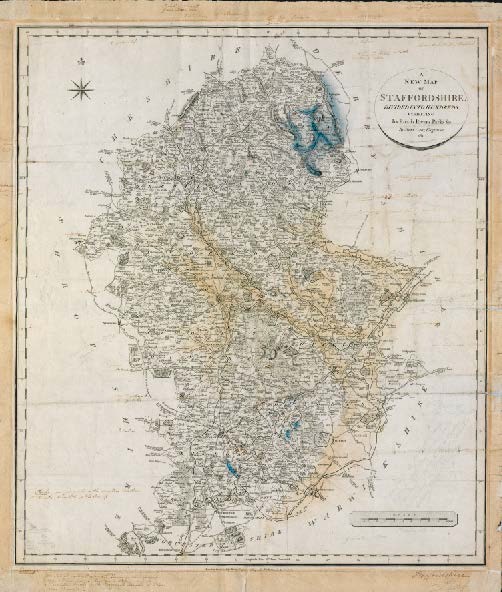 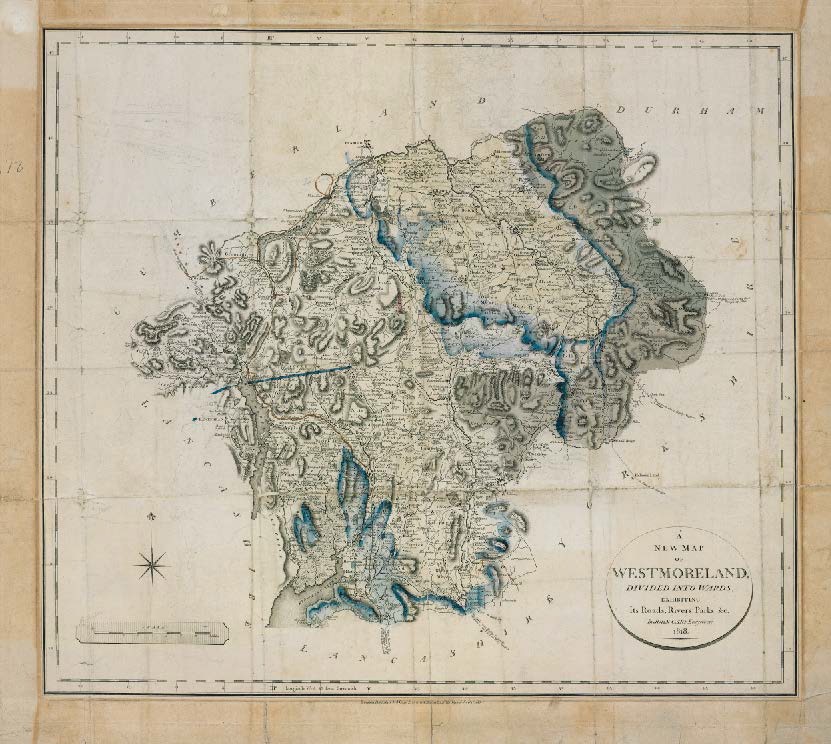 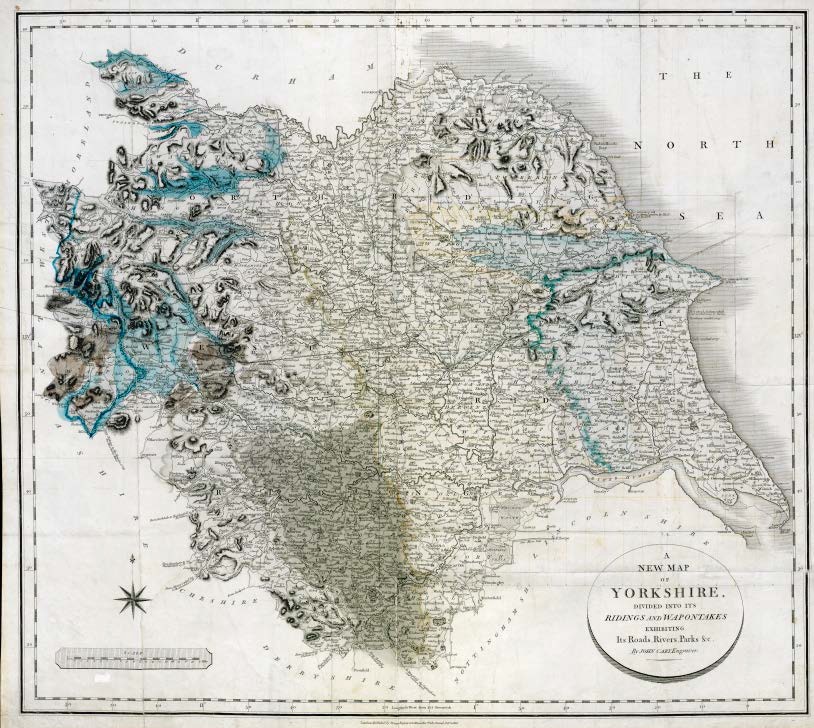 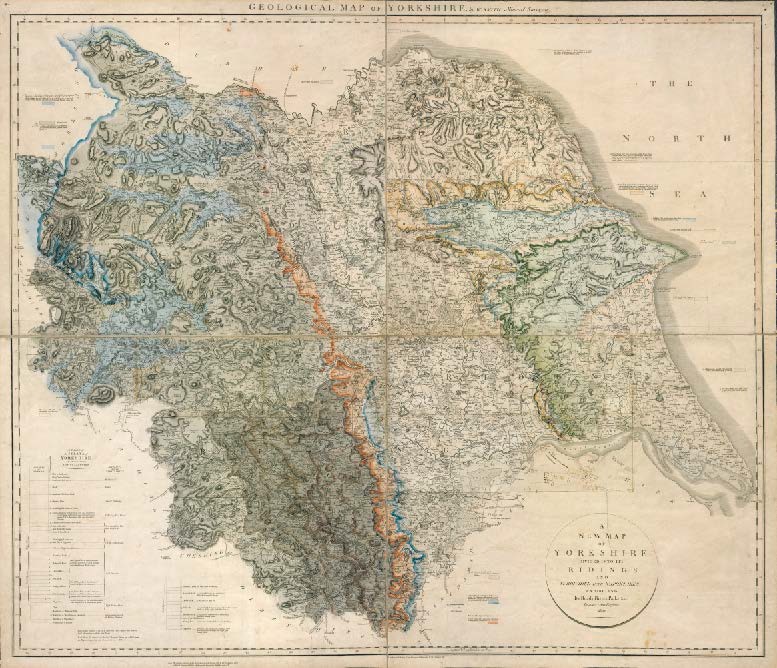