Three examples shown below are from an unpublished manuscript Cary New County maps and illustrate some of the content in more detail.

A. Shows part of the Lancashire map (WSH11025). The map has only a small amount of geological tinting but contains many handwritten notes by Smith, some dated as late as 1836, which often relate to the distribution of minerals and building stone.

B. Part of Cary’s Lincolnshire map of 1820 (WSH11028). The map is not geologically coloured but does include a number of geological legend tablets with geological text which have been engraved around the  Interestingly Smith has made a pencil change to the tablet (12) changing Coral Rag Oolite to Portland Rock.

C. This map of Northamptonshire (WSH11033) has been almost completed by It is geologically coloured and has Smith’s handwritten annotations for the legend tablets as well as a number of other notes. 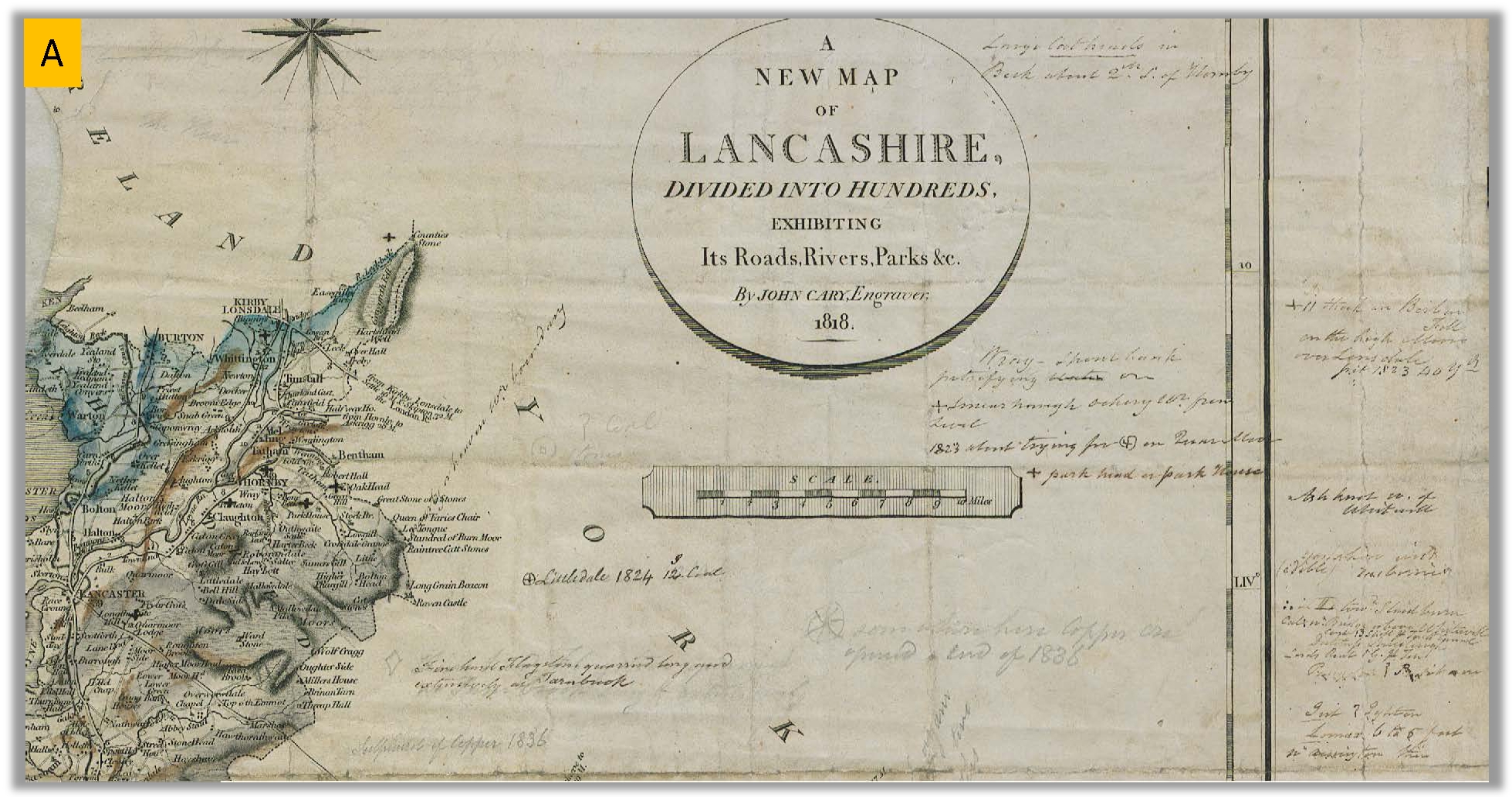 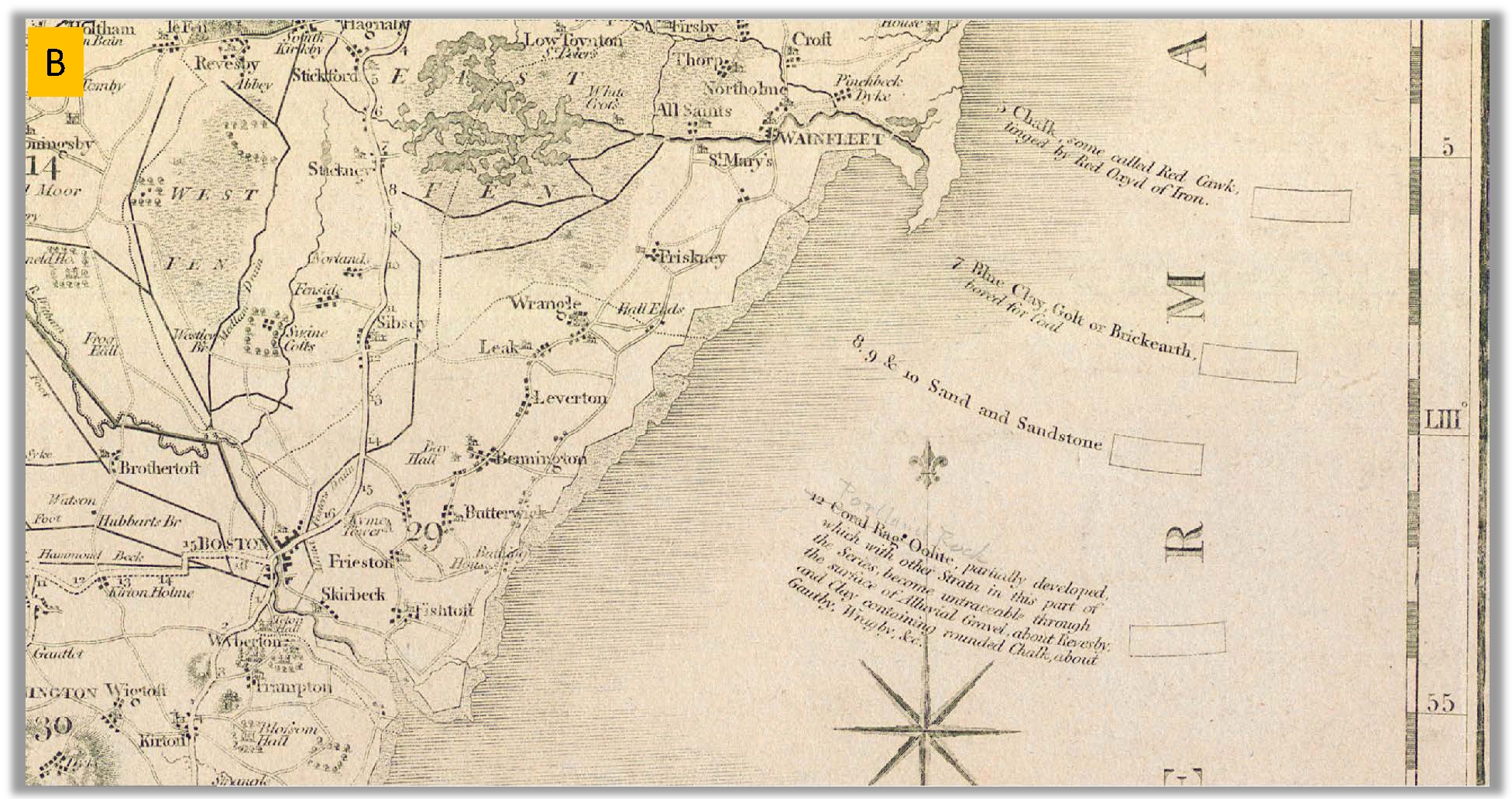 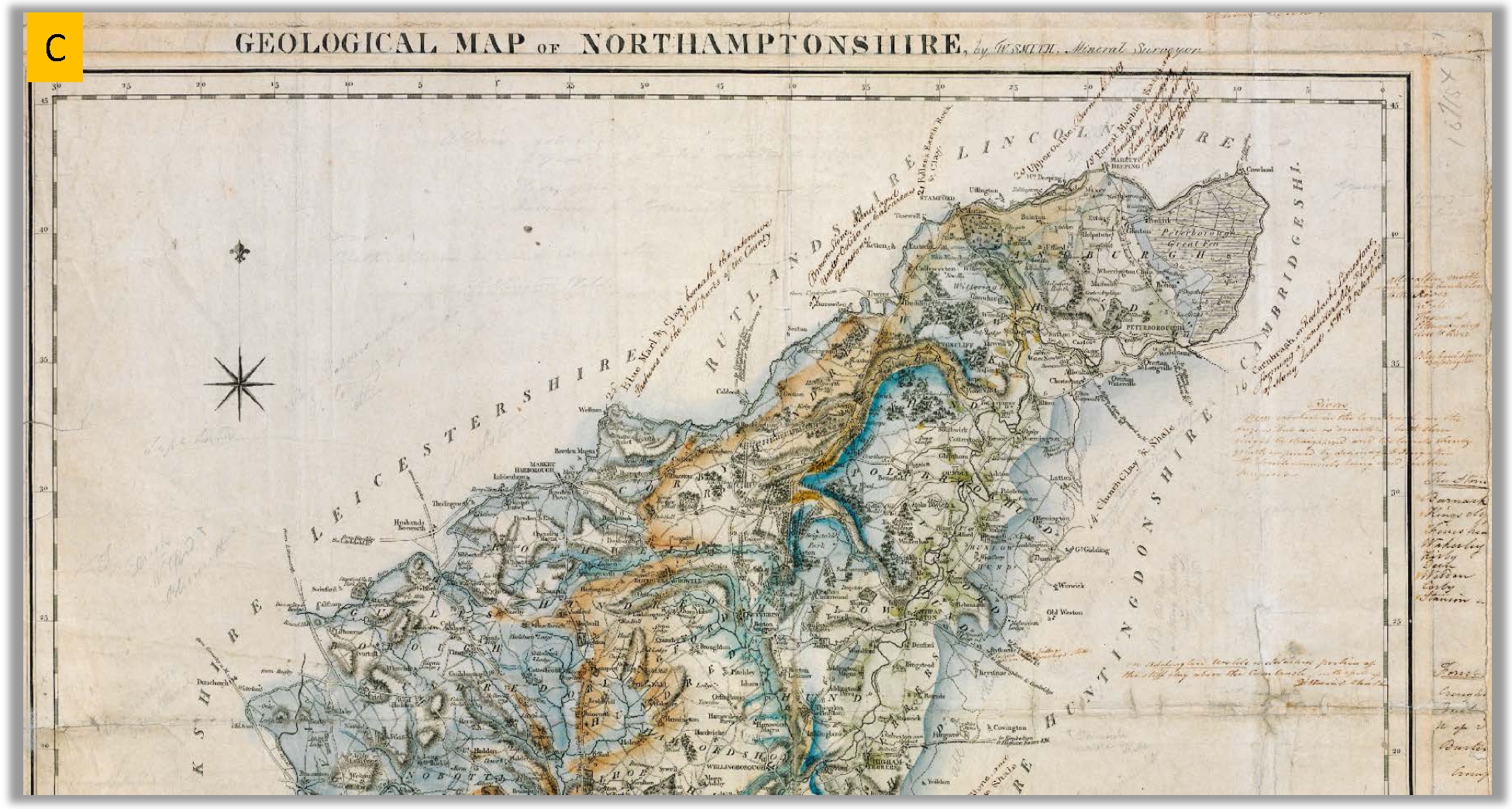 An interesting postscript to this unique collection has been provided by William Smith. Towards the end of his life he considered publishing his autobiography. In 1839, he wrote to his niece Anne Phillips telling her “ I gave it [the autobiography] consideration and set about it and have done a good deal which may save the Professor [Phillips] much trouble when my organic remains are lodged in the strata – for the rummaging of my long smoked, mouldy, mouse-eaten papers would not be a pleasant job”. Two months later Smith was dead and so Phillips did have the task of rummaging through the papers, as have others almost two centuries later.