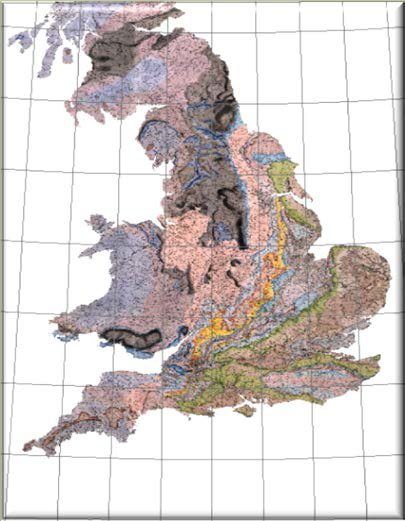 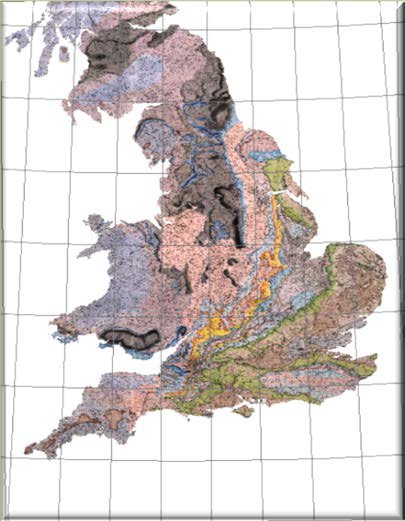 1st order polynomial transformation (affine) was used to project map images to coordinates and coastlines in each of the tested projections. Residual (RMS) errors were calculated based on the framing graticules. Typical errors ranged from over 4,500 metres to less than 1000 metres. Some projections (e.g., Lambert Azimuthal Equal Area) achieved a good fit on the graticule but had a considerably distorted shape. Apart from the residual errors on the graticules, a judgment also had to be made on the fit to places and coastlines. In this regard, it is worth remembering that the maps are all around 200 years old. Essentially, they predate the 1st Principal Triangulation of the country that was started in 1784 and not completed until 1853 (although the first phase was complete by 1796). Although the general shape of England and Wales is excellent on all maps, it does differ from the modern coastline. For example, the Cary and Smith maps show the position of Lands End to be some 7 km north of its actual position; similarly the Isle of Man is offset about 13 km to the northeast. Bonne, Cassini and Transverse Mercator projections all achieved relatively good results. Overall Bonne was the best fit on the Smith 1815 map, closely followed by Cassini (used by the Ordnance Survey for the Old Series 1” maps of England and Wales) which gave a better fit on the Smith County maps. One additional piece of evidence is that projection tests on the large scale General Index to Cary’s 1794 New Map of England and Wales which does contain internal coordinate lines gives RMS errors of 1448m for Cassini against 1637m for Bonne. However, the difference in error is too small for any definitive statement to be made as to which projection was used. On balance it is more likely that Cassini used on a sphere was used for both the Smith 1815 and the County maps.