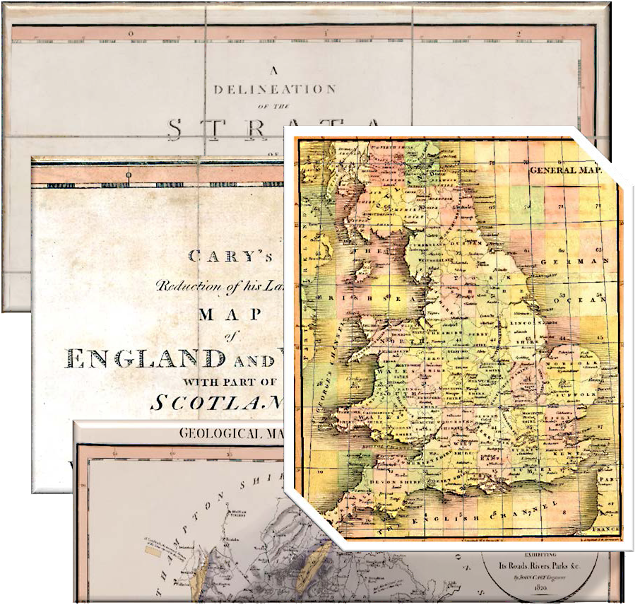 A major problem encountered when trying to derive projection information from the maps (aside from the fact that projections were not printed on them) was that longitude and latitude are shown only as a graticule in degrees and minutes around the margin of the maps; there are no lines or ticks within the maps themselves. On the Cary Turnpike map, the latitude degree ticks are angled to the frame indicating that parallels may be curved lines. Meridians may or may not be straight, but in all cases are not parallel. However, although only a large scale map, the General Index Map for Cary’s 1794 New Map of England and Wales and Part of Scotland does have internal longitude and latitude lines. It is thought that Cary’s New Map was used by Cary in the construction of the Smith 1815 base-map and it is reasonable to suppose that both maps have the same projection.

Like the 1815 maps, Smith County maps only have graticules. However because the New County maps cover all of England they can be edge-matched to give a better understanding of the coordinate system used. Interestingly, it was on the General Index sheet of Cary’s New Map that Smith made his first basic sketch of the geology of England.