There were six counties where neither published Smith County Maps nor manuscript versions could be obtained. For these counties, published John Cary New County maps were acquired from the John Henry Collection.
These maps were scanned, projected and de-coloured in order to remove coloured boundaries of Hundreds and Liberties, roads, parklands, woods etc. They were then clipped to the county boundaries. Geological polygons derived from a William Smith 1815 map were superimposed on these base-maps and incorporated into the “Map That Might Have Been” 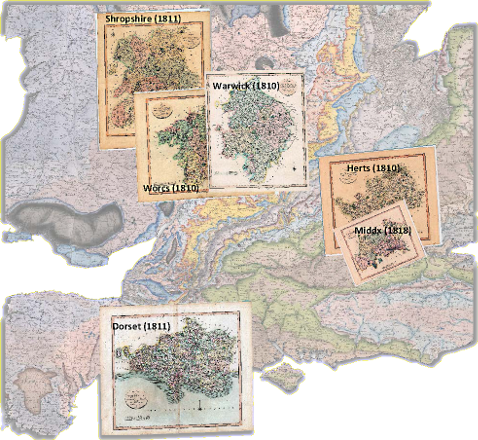