SOMERSET (Interpretation of Smith’s geology from his lines)

The base-map used for the reconstruction of the geology of Somerset was Cary’s New Map of the County of Somerset published by G. & J. Cary in 1829 (from the collection of Hugh Torrens). The map clearly shows Smith’s engraved geological lines; there are no legend tablets and no other mention of the lines is made. In all likelihood the publishers reused an old plate with the engraved lines to produce a normal county map. On the example shown below the original map has been de-coloured to remove the tints used on the Hundreds and roads. Smith’s engraved lines have been enhanced in red to make them more apparent. Using the Smith 1815 geology as a guide the lines were interpreted by Peter Wigley, then vectorised and polygonised by him using the ESRI ArcGIS application. 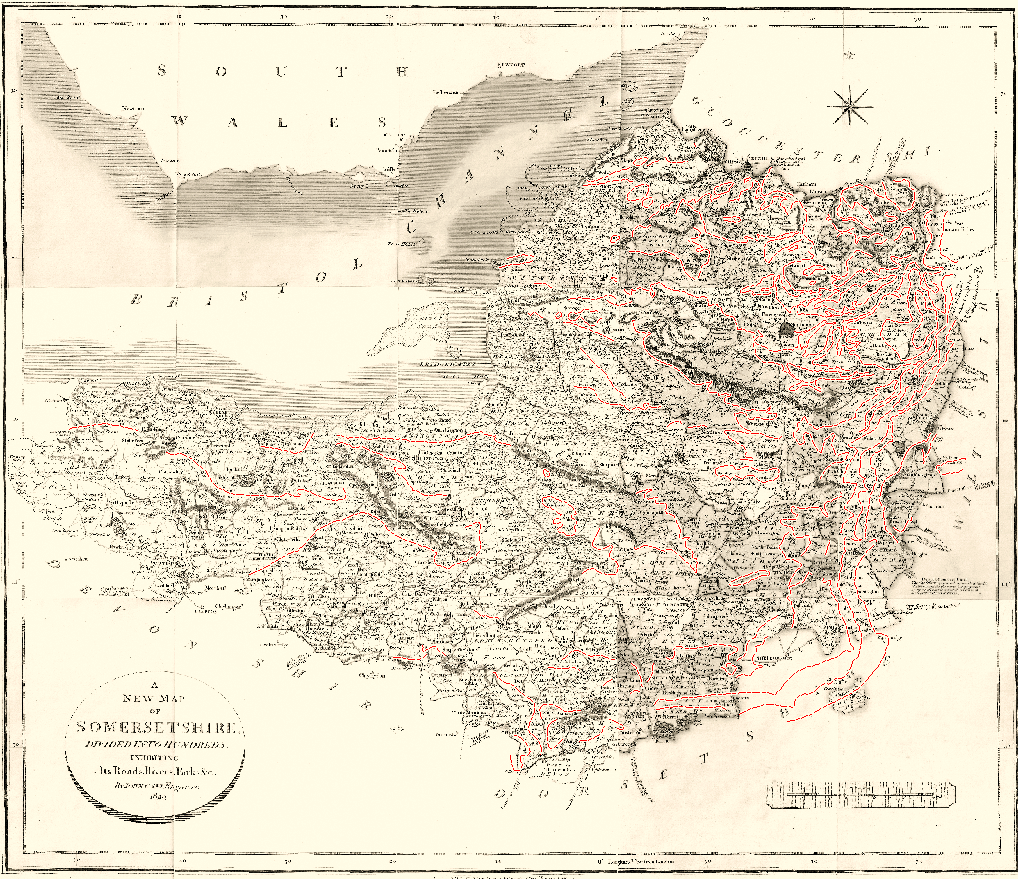 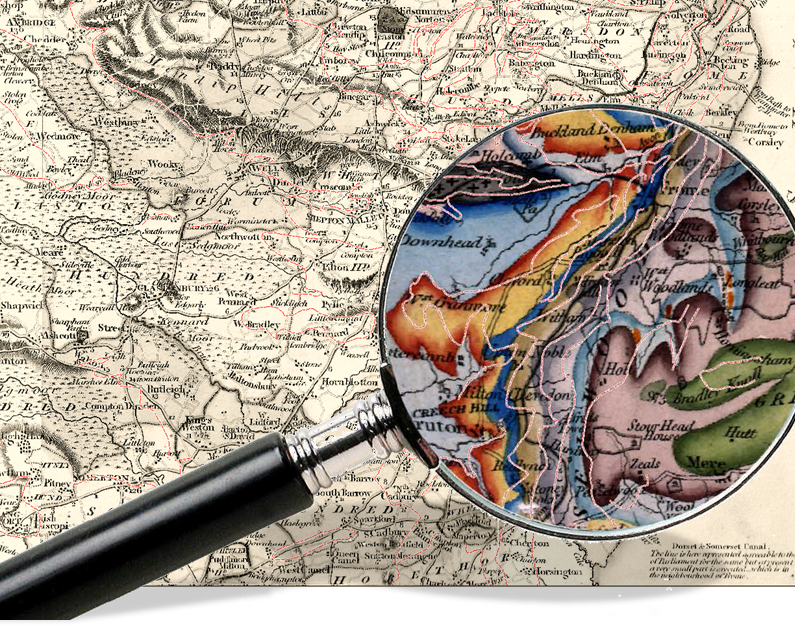 The example below shows the polygon overlay exported to Adobe Photoshop® where it was combined with the de-coloured original. Smith’s graduated tint effect was obtained by used of the Dodge and Burn tools. Finally, legend tablets, title and footnotes were added using similar content to that seen on adjacent maps. A copy of the final reconstructed map is available as a free download in Adobe Acrobat pdf format. 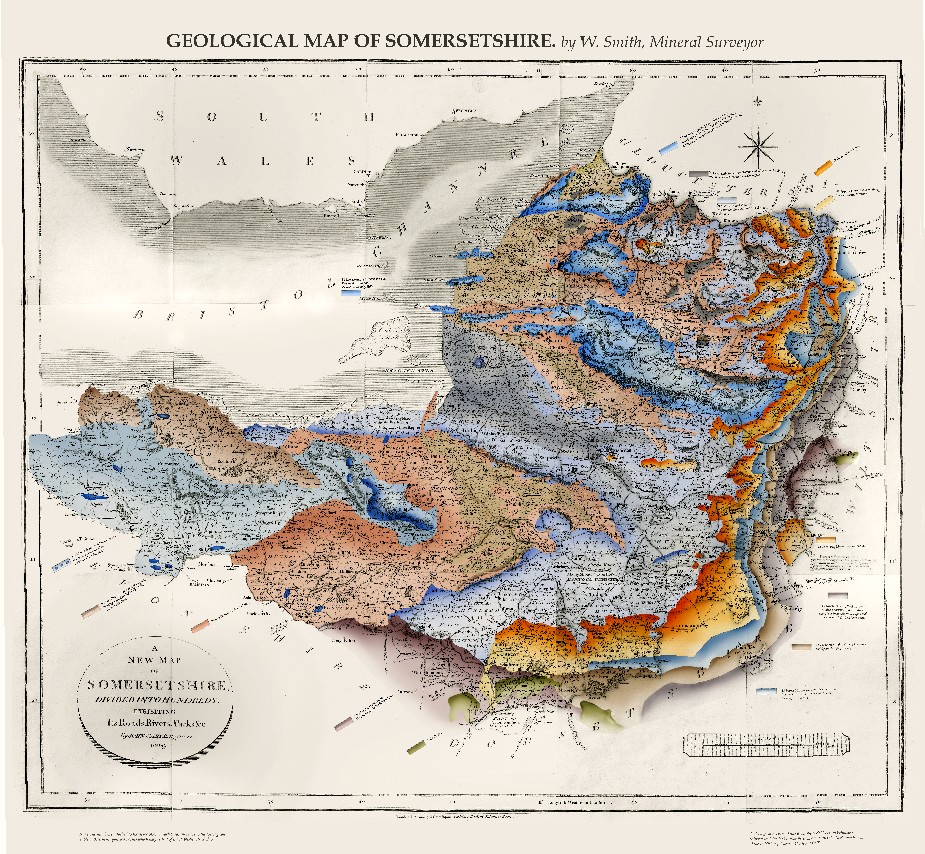